The graffiti, written by an unknown Dutch soldier on a wall of the army barracks in Potocari, Srebrenica, 1994/95, was discovered by the artist after the massacre had happened at the same place. Royal Netherlands Army troops, as part of the UN Protection Force (UNPROFOR) in Bosnia and Herzegovina 1992-95, were responsible for protecting the Srebrenica safe area. 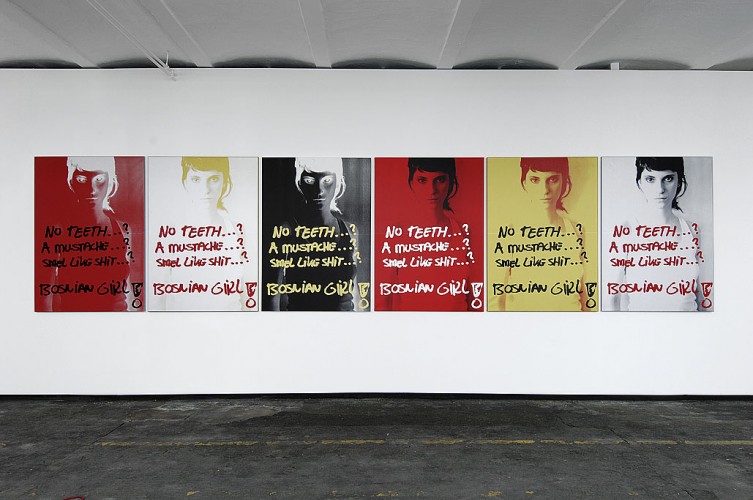